Founded in 2013 in Toronto, Canada, MOBISMART Mobile Off-Grid Power & Storage Inc. is an innovator of advanced, mobile and portable, solar power generation systems that can be easily deployed to construction and natural disaster sites and other urban, rural and remote locations needing off-grid power.

As EfstonSolar, several renewable energy innovations were developed including the Enlighten off-grid hybrid wind and solar LED streetlights. As MOBISMART, has continued creating renewable products and invested heavily to research and develop product innovations that are unique to the market and has secure IP & trade secrets.

As MOBISMART, we have continued research and development of innovations ahead of their time.

MOBISMART’s renewable energy roots run deep as the company’s founders are second generation solar entrepreneurs – the family having pioneered the integration of solar energy systems for commercial buildings back in the 1970s more than 50-years ago.

MOBISMART is the culmination of a life-long passion for science, the scientific method, technology and renewable energy that began at EfstonScience History, an iconic Toronto-based retailer and mail order catalogue company in 1970 of innovative, leading edge scientific products and equipment – including solar in the 1970s.

EfstonSolar, the renewable energy division, was then added in 2008 that took decades of technology specialization, and combined it with system design, installation, and project management expertise.  Not only did they build hundreds of grid-tied, including 13 municipal buildings in Strathroy-Caradoc, and off-grid systems, EfstonSolar began developing and producing their own renewable energy products including in 2009 the Enlighten off-grid hybrid wind and solar LED streetlight (now called Illuminent, owned by Clear Blue Technologies). 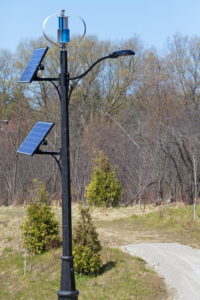